Fami-chan was stomping about her room, fuming. Paso-kun was late. And she did not like being kept waiting. "'I'll bring you something nice,' he says, and then no word for hours! What sort of trouble did he get himself into this time?" she wondered aloud. "What do I see in him, anyway?"
From her window, Fami-chan absently watched the sun slowly sink beneath the horizon. As the last slice of sun disappeared, an unnatural darkness fell like a curtain across the land.
She gasped at the suddenness of it. Above her head, the night sky was a solid, unbroken black. "What's going on!" she cried.
Where was the moonlight? Where was the starlight?
Fami-chan leaned out her window, peering up at the featureless black sky.
A sudden bright pinpoint of light appeared, flashing through the darkness. It rocketed across the sky toward her, zipping past her head and into her room like a miniature meteor. She let out a surprised yelp and turned. On her bedroom floor she saw, of all things, a tiny, strange looking mouse.
"Fami-chan, it`s me! Paso-kun!" said the mouse.
She stared at it for a moment, eyes wide in shock. "Excuse me?"
In his squeaky new voice, Paso-kun told Fami-chan his tale. "Earlier tonight, I snuck into the Moon Goddess' palace to find the legendary Wishing Star. But I didn't do a very good job of it, and they caught me red-handed. While I was trying to get away, I accidently scattered the sleeping stars all over the place." Paso-kun fell silent after he finished his tale, a guilty look on his face. "Why would you go and do something like that!" Fami-chan said, looking at him in exasperation.
"I didn't mean to!" Paso-kun cried, tears welling in his little mouse eyes. "Worse, the stars were still sleepy from being woken too early, and now they can't find their way home. If no one catches them, they will keep getting more and more lost until they disappear forever!" "No wonder the sky is so dark." Fami-chan thought to herself. "The Moon Goddess was furious, and turned me into a mouse as punishment. She said that until I catch all the stars and bring them home, I'll stay like this." Paso-kun said, holding back the sob in his throat.
"But now that I'm a mouse, there's no way I can catch so many stars! Please Fami-chan, you gotta help me!" pleaded Paso-kun.
"Bu-bu-but how I am supposed to do that!?" asked Fami-chan.
Paso-kun pulled a pair of shoes from his bag and handed them to her.
"These are magical shoes. Put them on and fwoosh! You can fly!"
"When the stars get tired, they will start falling from the sky. All you have to do is jump up and grab them before they hit the ground!"
Fami-chan looked down at her new magical shoes. "I don't know. This is so sudden..."
"I'll be there to help you!" shouted Paso-kun, jumping up and down. "So, come on, will you help me? Pleassse?"
"Oh fine, I guess I don't have much choice, do I?" said Fami-chan. She was, after all, a kind girl who would never leave a friend in a pinch.
Making sure her magic shoes were tied tight, she stepped up onto her window sill, took a deep breath. "One, two, and jump!!"
"Let's go, Fami-chan!" said Paso-kun, speeding past her and into the night. "Wait for me!" she shouted, and gave chase.
And so began Fami-chan's great adventure. 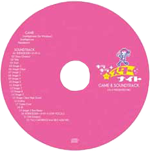